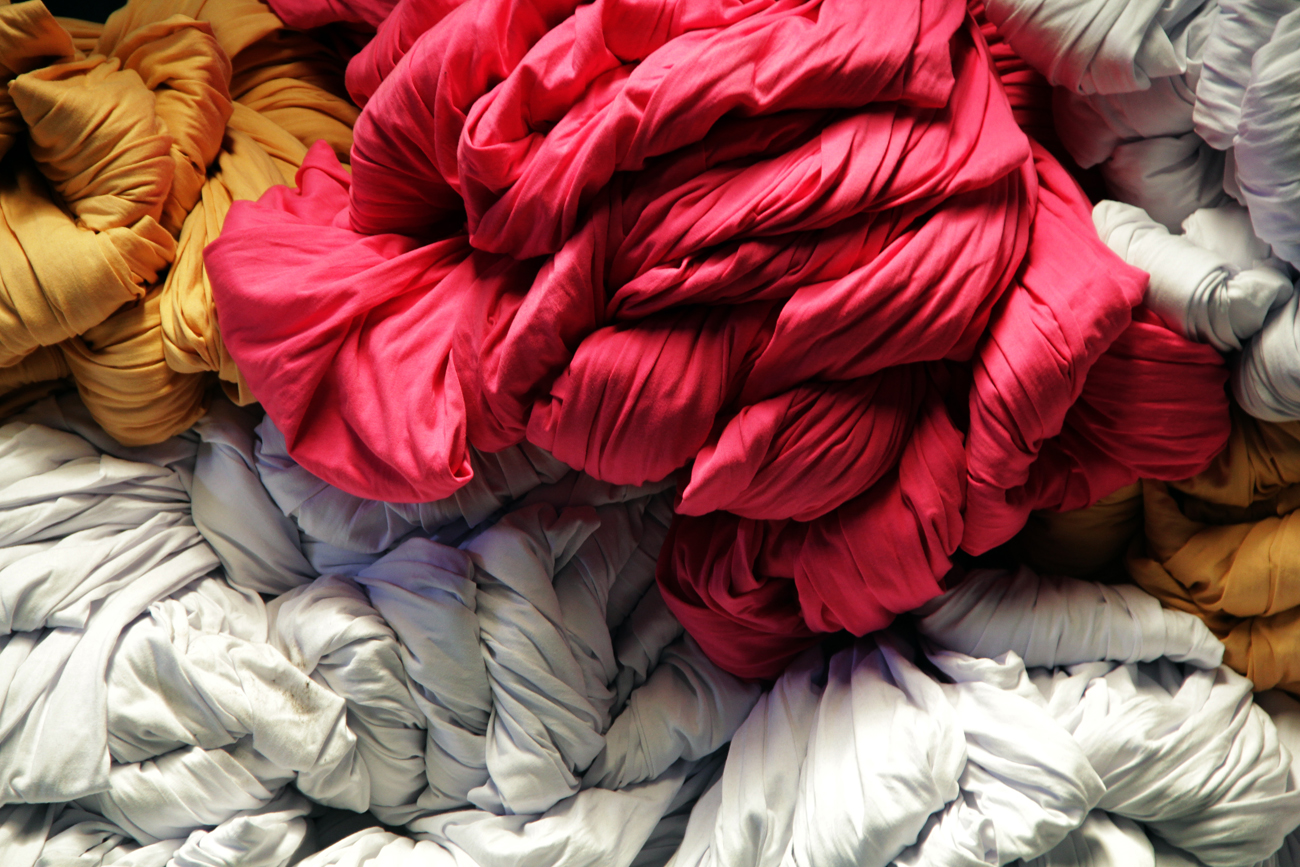 Let’s be honest…
I hold on for a second and ask myself the question: where does the clothes I am currently wearing come from? While I sit here working as an intern with Elephant Dreamz in Ahmedabad, I take a closer look at myself. I am wearing a long (secondhand) dress from H&M, a darkred scarf covers my shoulders. I honesty don’t even know which material it is made of. I guess it’s cotton, produced in Bangladesh. But actually I have no idea. But what I have learned so far is, that my favourite colours are made out of thousends of chemicals. As soon as this shock eases, I always find myself thinking „So what? I was wearing chemical dyed clothes my entire life and never had any problems with that.“ „Nevertheless, I have a social and ecological responsibility“, I answer myself.

Uncomfortable truths
Not to question the detailed production chain of the goods I use in daily life is frighteningly easy for me. And I believe many people feel the same. I somehow know that natural dye is a sustainable and ecological alternative to commercial textile production, but to really justify it, we need to take a closer look at the current state of affairs in the global fashion industry. So I decide to take a closer look at textile production with all its uncomfortable truths:

Lack of transparency
Where most of the clothes are produced, I realised latest when the Rana Plaza accident has happened in Bangladesh in 2013. Bangladesh is one of the biggest (and cheapest) countries when it comes to textile production – next to China and India. Still, six years later, the accident in Bangladesh, NGOs and trade unions fight for better working conditions within textile industries. So in Tamil Nadu, a state in the south of India. Tiruppur, a city in Tamil Nadu, is one of the biggest production places and has not less than 7.500 textile processing factories. While human rights are being violated, NGOs claim more transparency in the textile industry and hold large companies accountable for ensuring decent working conditions in the producing countries.
One of the biggest challenge is, in fact, the lack of transparency. Even though large companies such as H&M now disclose 95% of their supply chain, they’re still being accused of child labour.
Alarming working conditions in India like the „Sumangali“-Principle, where young girls and women are forced to work three to four years before they get their first sallary paid, clearly shows that 95% are not enough when it comes to protecting human rights.

High environmental impact
In 2016 the textile industry causes 5-10% of the global environmental pollution. 43% of the textiles in the EU are made out of cotton. Accordingly great is the power to act as a consumer.

Genetically modified cotton
For further processing, cotton is bleached, spun, woven, dyed and fixed. Within this process thousend of chemicals are used.

Chemical dyes
In addition, the river water and groundwater are polluted. In many parts of southern India alarmingly high sodium values are measured. Some rivers are already discoloured by the chemical waste water from the factories. Furthermore, groundwater pollution affects the land and becomes barren. Local plants are poisoned and the local ecosystem gets destroyed.
For years there also have been reports of female workers (in the global South and North) suffering from health problems due to chemical dyes. Increased cancer rates and infertility are frightening examples that urgently deserve more attention to keep up the health of workers within textile industry.

It is always easy to express criticism. Learning from current grievances and trying better requires a lot of effort but can really make a difference. Mama Nuka offers clear answers and alternatives to the biggest problems of the textile industry. 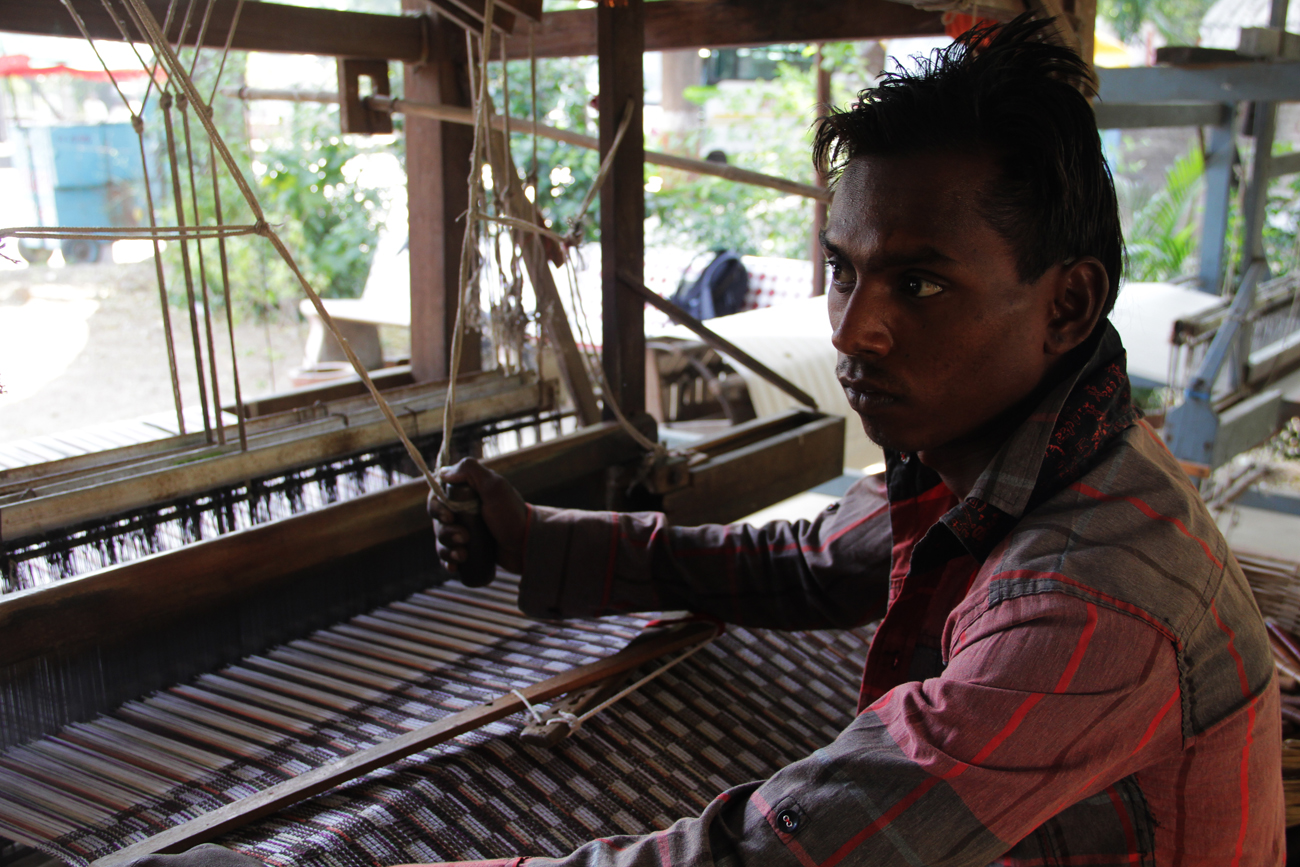 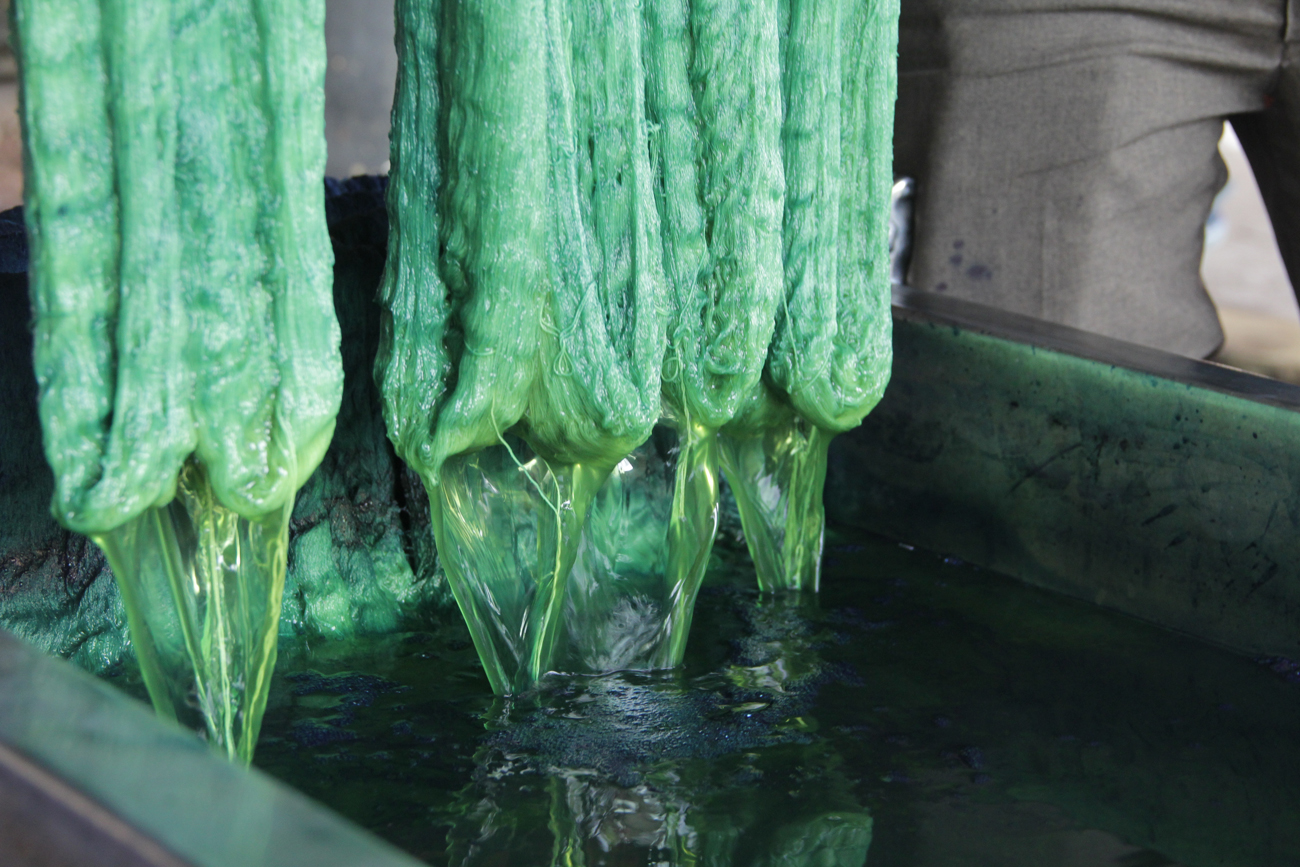 Fair Trade
Mama Nukas transparency video offers direct insights into the production facility and lets the workers speak themselves. In addition, Mama Nuka visits the producer in Ahmedabad at least once a year and ensures above-average salaries. Furthermore, hygienic and health conditions oft he employees are mainly important and always get proofed. The natural dye itself also excludes the health dangers as described above.

Water Cycle
The production of Mama Nukas represents a holistic water cycle. Thanks to the absence of chemicals, the water can be reused after colouring. The waste water from natural dyeing plants such as indigo or madder even promotes the fertility of the soil. 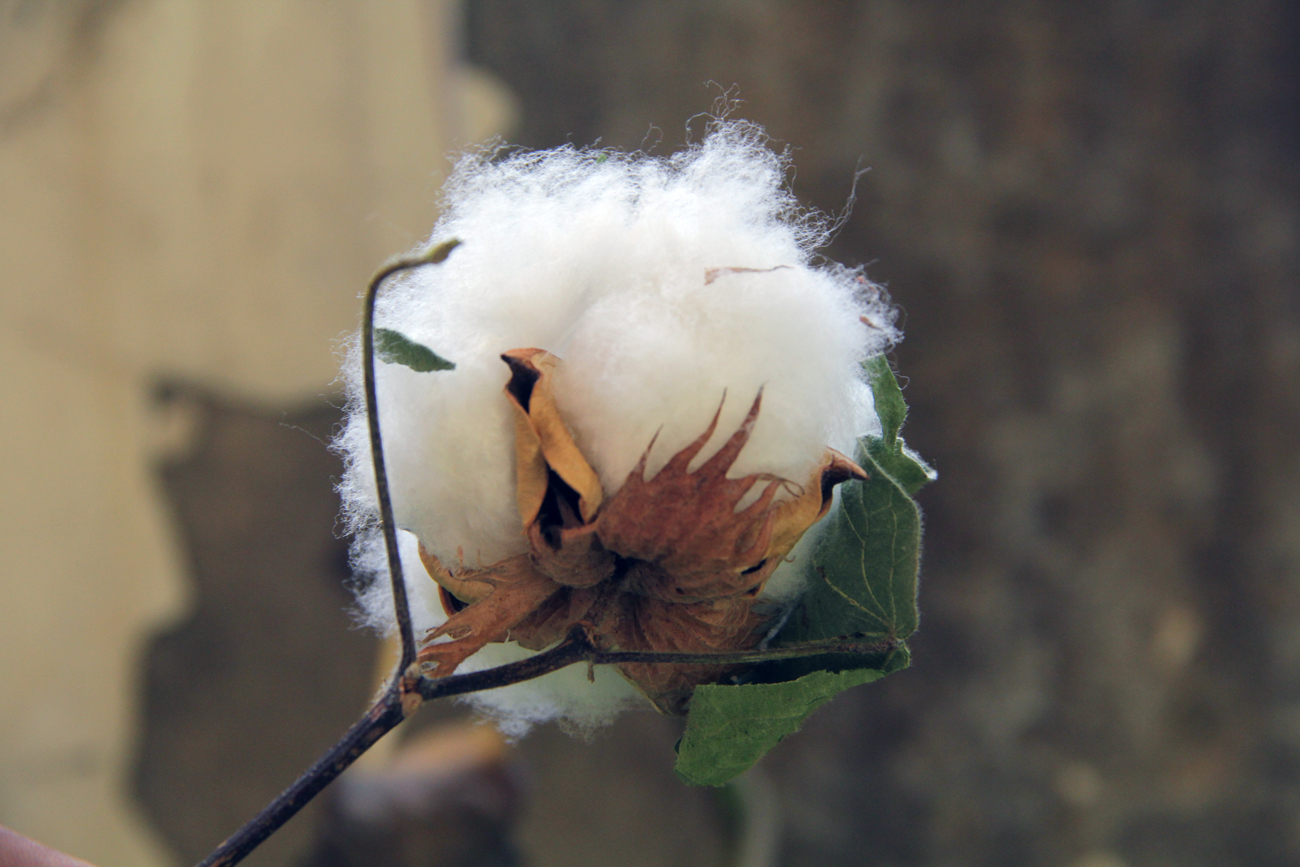 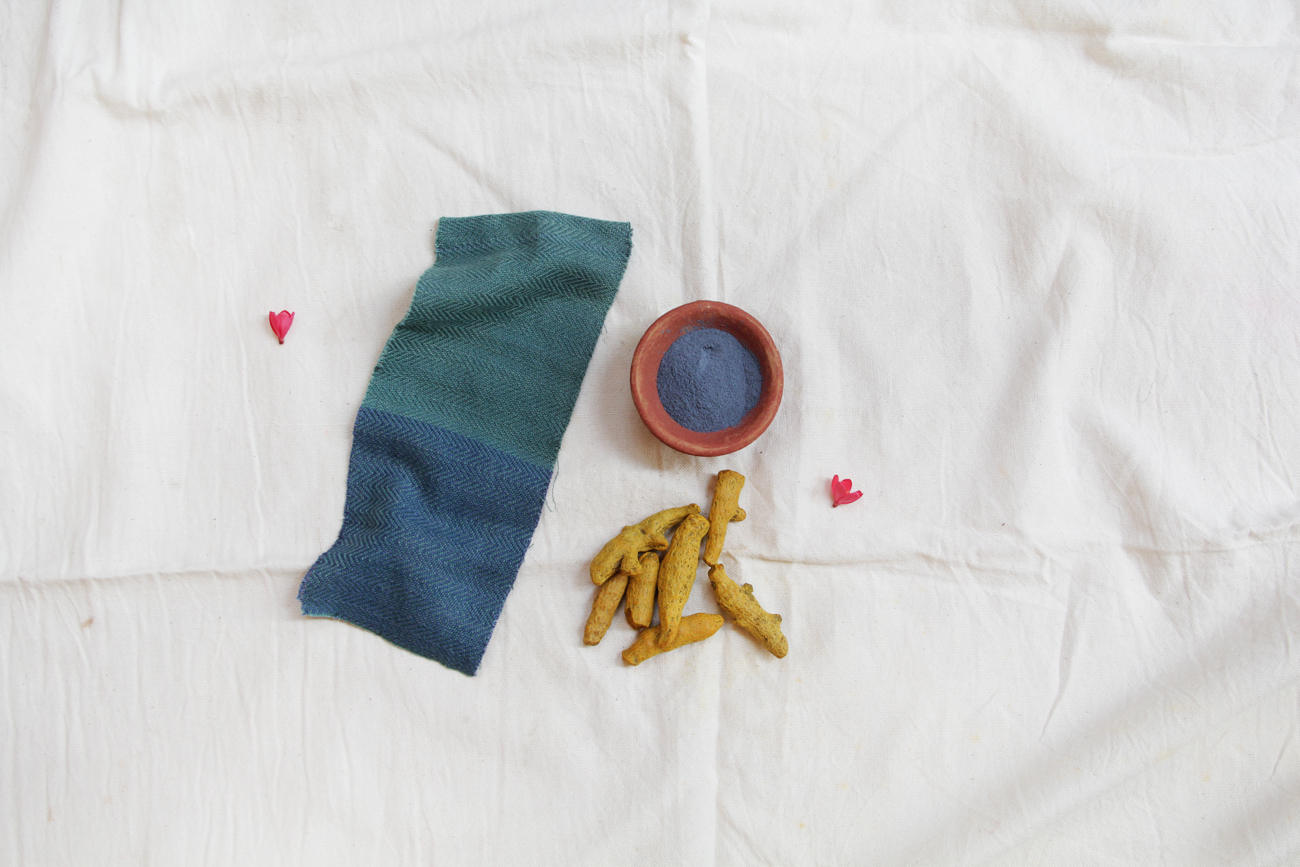 Vegetable colours
Mama Nuka slings are made without a drop of chemistry. The cotton is sun-bleached, plants and fruits such as indigo, madder, pomegranate, turmeric are sun-dried before they give the Mama Nukas their natural colours in a patented recipe. The babywraps are not only plant-dyed, the colours are fixed with natural means such as tamarind, metals or natural salts. Beyond that, the Mama Nukas are washed with ecological soap nuts from India. Natural plants and fruits are renewable raw materials and therefore part of our natural cycle.

Keep it natural
Besides the love for babies and the desire to give them a soft landing and a cuddly start in life, Mama Nuka is concerned about sustainability. For Mama Nuka, fair trade is not a trend, but an attitude. Responsibility towards our environment is not an option, but a must. That is why Mama Nuka relies on renewable raw materials and recycled materials. The preservation of our beautiful nature secures the future of our beloved babies.

Stay Up to Date

You have Successfully Subscribed!